FASHION IN THE DRC (DEMOCRATIC REPUBLIC OF CONGO)

Bold, Bright and Brilliant; just a few words to describe the stunning prints and fabrics used in creating Congolese fashion. 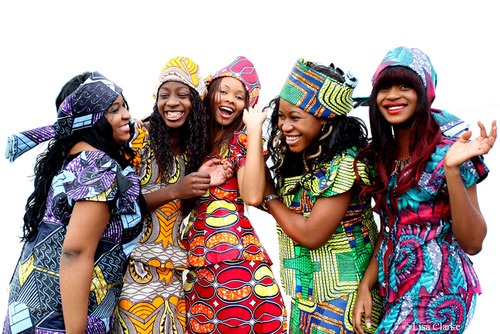 Unlike Western trends, Congolese styles are created to stand out from the crowd, making use of both vibrant hues and striking prints, reflecting African culture.

Traditionally Congolese clothing is centred on the wearing of colourful materials referred to as ‘Liputa’. These types of fabrics are worn by both men and women, and can more often than not be found at the local market. They are usually cut into strips from two to six yards in length, and to complete the look are typically worn with a complementing headscarf.

‘Liputa’ are sometimes also designed for different purposes, and aimed at certain audiences, for example paying tribute to a leader, marking a special occasion or at a sporting event.

Moving away from the wearing of the more traditional Liputa, the 1970’s witnessed a new sub-culture emerging on the streets of Kinshasa known as ‘Les Sapeurs’. ‘Les Sapeurs’ or ‘Sapologists’ refer to a group of dapper looking Congolese gentlemen who dedicate their time and money to dressing strikingly, yet elegantly well.

One of the founders of Sapeur movement and a highly respected figure amongst the Sapeur community is Strevos Niarcos, who sadly died just over 9 years ago. Niarcos strongly promoted, and was deemed by many as the “Father of Sapology”.

To this day Sapeurs continue to gather at his graveside in Gombe cemetery in Kinshasa, sporting their most extreme outfits to mark the passing of a highly influential character. 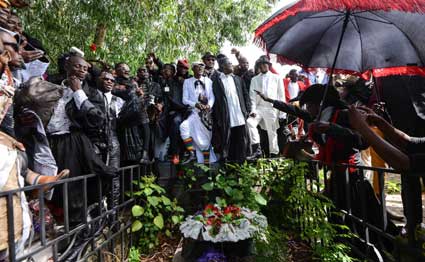 Papa Wemba, first and foremost a talented musician (co-founder of orchestra Zaïko Langa Langa, along with his own group Viva La Musica) also played a vital role in popularising Sapology in the DRC. Having travelled to Europe on many occasions to promote his groups and to perform, Papa Wemba was particularly influenced by European fashion, culture and sense of style. 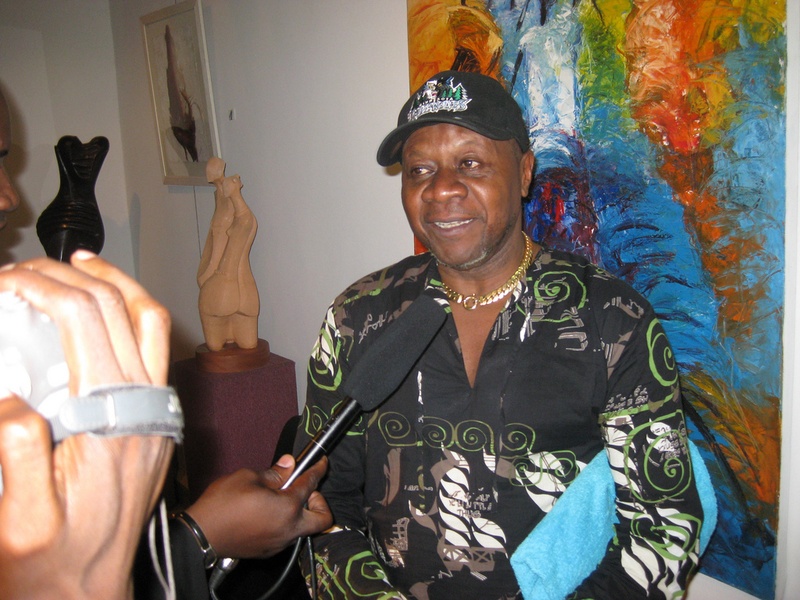 A short while after Independence in DRC however, President Mobutu imposed an Authenticity campaign suppressing the freedom of citizens to express themselves through the medium of fashion. Mobuto forced all citizens of the DRC to adhere to the new rules, which forbid the wearing of westernised clothing. This encouraged Wemba to rebel against the majority, and promote Sapeur beliefs through his organisation the Société Ambianceurs et Persons Élégants (The Society for the Advancement of Elegant People thus 'S.A.P.E' for short). Wemba and his group challenged dress code, opposing ‘Re-Africanisation’, bringing Sapology to the forefront of his band and society.

The flamboyant Sapeurs have become a part of Congolese culture, and can be seen on a daily basis strutting along on the streets of Kinshasa, as well as neighbouring Congo Brazzaville. These well respected trendsetters have made it across Africa entering into fashion wars with one another in view of gaining the title of “The Best Sapeur in the world”.

Sapology has also managed to cross the Mediterranean onto the wider Congolese diaspora (Congo-Kinshasa and Congo Brazzavile) living across the world. In the early 80s and 90s, Belgian and French Medias talked a lot about this phenomenon, following Sapeurs on shopping trips and featuring special programmes on TV to talk about Sapology. Today, Sapology can also be seen on our TV screens here in the UK thanks to the infamous Guinness Advert, featuring Sapeurs from Congo Brazzaville; bringing a bit of this peculiar phenomenon to Britain:

Being a Sapeur is much more than just wearing the latest fashion. For most, it is a way of life, a code, even going as far to say a religion. Just as with all religions, in order to be considered a true Sapeur, one must adhere to a certain set of rules, conventions and ideologies.

As a general rule all Sapeurs should aim to be polite and abide by the law. They should also be well dressed, fragranced and groomed, wear designer clothes, and sport a clean cut hair design. The aforementioned are the necessary ingredients to being a true Sapeur, however these criteria may vary slightly depending on individual style or preference and even which Congo you are from!

Those Sapeurs from Congo Brazzaville in particular tend to stick to wearing no more than three colours/tones at once, excluding white. For them, pocket handkerchiefs are not folded, however stuffed into the blazer pocket effortlessly. Brazzaville Sapeurs prefer to match and accessorise with canes, cigars, umbrellas, scarves, socks suspenders you name it!

On the contrary Kinshasa Sapeurs have a tendency to be more garish and daring. For them the more colour clashing there is the better. Sapeurs from the DRC are known for standing out from the crowd with one of the favourite designers being Yohji-Yamamoto, who is known for his bright costumes.

During fashion battles most Sapeurs often open their suit jackets abruptly and stomp in an authoritative manner in order to show which brand/label they are wearing. Sapeurs also like to show off their shoes, most of which are usually J.M. Weston, a high-priced French shoemaker.

Today, there are many new designers on the scene. Mamie Kapend, a young fashion designer who moved to Chicago (USA) from the DRC being one of them. Thanks to Kapend, founder of YaSika Mode which translates as “The latest fashion” and others like her, western societies have been able to experience the beautiful, authentic prints and styles that the DRC has to offer.

Mamie Kapend whose collection boasts a blend of African patterns and prints mixed with modern lines, cuts and shapes, also, like Wemba, talks of being influenced by her travels across various cities in Europe, Canada and Africa. She explains however that her collection is a symbol of ‘multiculturalism’ offering an “elegant and modern look at African textiles”. Her pieces are created to embody a sense of “Confidence and Elegance”.

Kapend made her Debut at Kinshasa fashion week in 2012 and will be opening her online store later this year: www.yasikamode.com

We are increasingly seeing more and more of the traditional African/Congolese “Liputa” being adapted to suit western style on the High Street, especially here in the UK. However, in the DRC and neighbouring Congo, dressing traditionally has almost become a thing of the past. Traditional forms of dress are being pushed out, and increasingly substituted by Westernised fashions. Aspiring Congolese author Phillipe Rufano explains that the youth of today are in a sense being brainwashed by popular music, and subcultures, stemming from movements such as Papa Wemba’s S.A.P.E. He states that sadly nowadays a large proportion of the younger generation tend to want to follow western society, forgetting about traditions such as the wearing of the Liputa. He explains that even on special/important occasions many of them (the youth) now tend to turn up in casual clothing. “They strive to have good money to spend on clothes rather than investing in things such as education, reading and their own future. Many are of the mentality that money and branded clothing are everything”.

African/Congolese prints can be found in stores such as H&M, Topshop, ASOS.com, RiverIsland and even Primark. Nowadays many African designers, with their modern twists on the traditional 'Liputa' are increasingly being featured on the catwalk; see Congo Fashion Week, Kinshasa Fashion Week and Vouge.co.uk for more.

(Even Solange Knowles (Beyonce's sister) is a fan of the Liputa print and Les Sapeurs!)

Oops, you forgot something.

The words you entered did not match the given text. Please try again.

Reply Cloriflox
7:13 AM on September 13, 2021
This page truly has all of the info I wanted about this subject and didn't know who to ask.

Oops! This site has expired.

If you are the site owner, please renew your premium subscription or contact support.